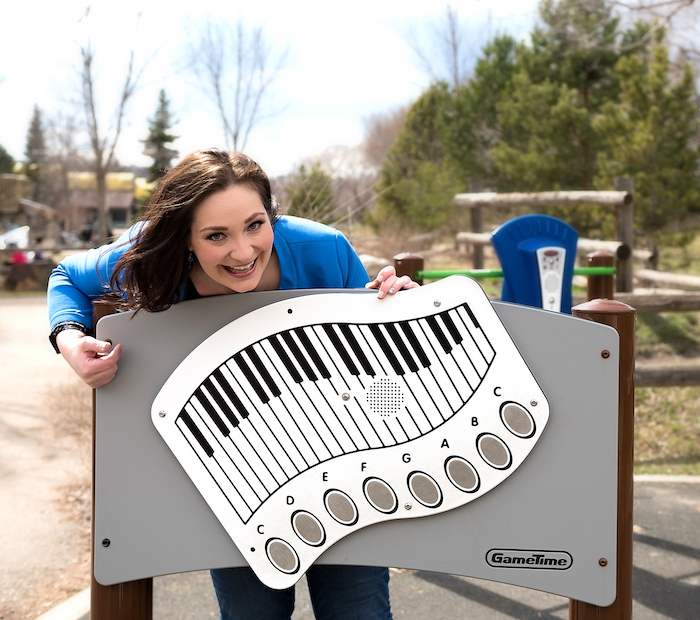 Beppie is a children’s music performer and educator who lives and works in Edmonton, Alberta. Over the past two decades she has taught Voice, Organ, Piano, Theory, Kindermusik, and has directed Choir Ensembles. She has studied extensively through the Royal Conservatory of Music and has a Bachelor of Arts in Music from Concordia University in Edmonton, Alberta.
She currently teaches at Resonate Music School & Studio where she has developed the early childhood music program. Stephanie loves working with students of all ages, all levels and, all genres. In addition to teaching at Resonate, she works as an adjudicator for the Saskatchewan Music Festival Association and as an Educational Assistant to Students with Disabilities at MacEwan University. She is a wife and a proud mother of three beautiful young children. Her first children’s album, There’s a Song Inside Me, was inspired by her children and her students and was released in April, 2017. Her newest album, Let’s Go Bananas!, was released on October 15th, 2018.