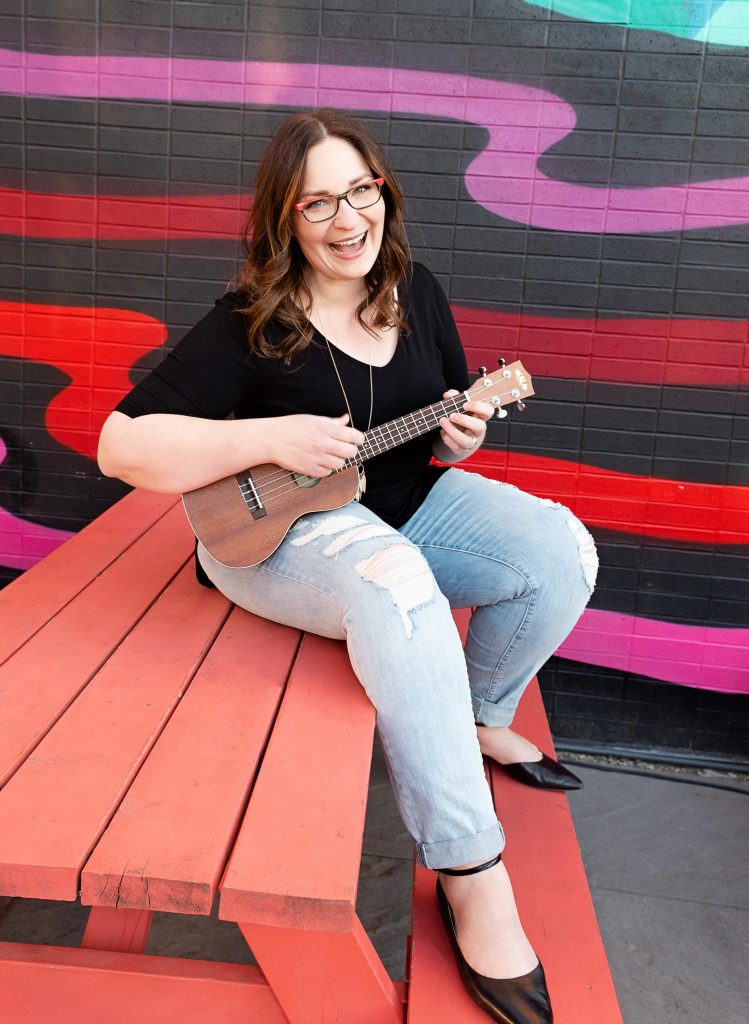 Stephanie Nhan (Beppie) hit the children’s music scene in 2017 with her debut album, There’s a Song Inside Me. Since then she has released two more full length albums receiving both a JUNO and a WCMA nomination. Her multi-genre music is modern, fun, and innovative. Her songs push the boundaries of children’s music and appeal to everyone both young and old.

A music educator by trade, she provides programming for schools, festivals, and libraries. She has a Bachelor of Arts in Music from Concordia University in Edmonton and has recently completed her Orff Level 1 from the University of Alberta. She has studied extensively through the Royal Conservatory of Music and has been teaching for over twenty years.

The inspiration for her albums comes from her students and her three young children. Stephanie is the Director of Lesson Development at Resonate Music School & Studio where she has developed the early childhood music curriculum using her original songs.
Album number four, Dino-mite!, is making its debut in August of 2021. The new album will accompany an illustrated children’s book that follows the adventures of two dinosaurs, Larry & Joe, who are best friends on a funny, heartwarming musical journey. You can listen to Beppie’s music anywhere you stream your music online.