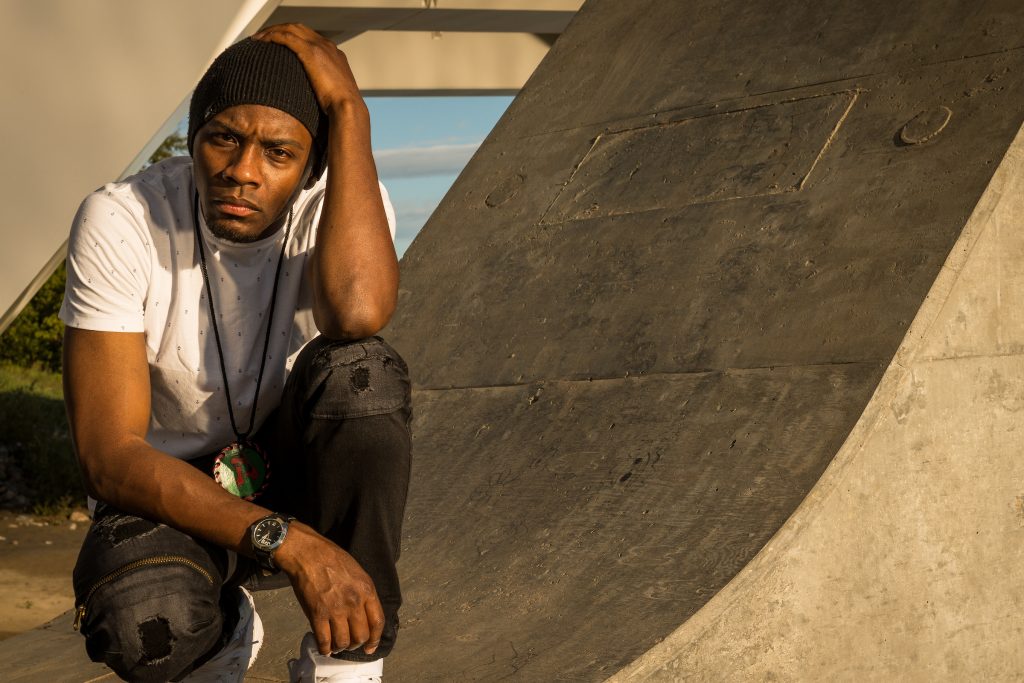 An artist who makes music that is just as moving as the message, Arlo Maverick’s cerebral rhymes are an expression of his own struggles and realities. Weaving brainy wit into his wordplay and far-reaching influences from soul to drum’n’bass and trap to jazz, Maverick’s music explores race, relationships, mental health, and his personal reflections on the current state of the world.

Central to Edmonton’s hip-hop scene as a founding member of underground rap crew Politic Live, Arlo Maverick continues to navigate his own evolution as a solo artist, while also acting as a big brother and mentor to those coming up in his community.

A multiple Western Canadian Music Award-nominated artist, Maverick has charted on national U.S. and Canadian campus radio, and garnered praise from outlets, such as CBC, PopMatters, Exclaim, Hip Hop Canada, Edmonton Journal, and VICE in 2017 for his quest to save Edmonton’s overlooked rap scene.