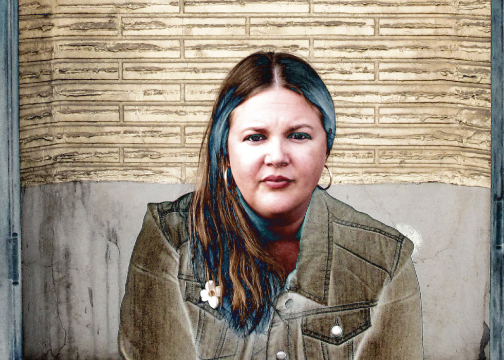 Edmonton singer/songwriter/multi-instrumentalist Amy van Keeken is a member of folk/roots band The AwesomeHots, experimental rock band Mysticeti and was a founding member of rock band The Secretaries. She’s opened for The Highest Order, Kacy & Clayton and most recently Melissa Etheridge at Edmonton’s Winspear Centre. Amy van Keeken draws you in with a liquid voice, stunning songs and inventive arrangements and instrumentation. Her latest full-length album In Dreams follows her 2016 EP, All the Time, which earned two Edmonton Music Awards nominations — Best Folk/Roots Recording and Best Female Artist. Along with being a performing musician she’s a voice teacher, rock band mentor for vulnerable youth and a broadcaster.
“She could sing for your grandparent’s anniversary, your niece’s birthday or your uncle’s funeral. Amy just knows how to do it right. When Amy sings, we listen.”- Kacy & Clayton