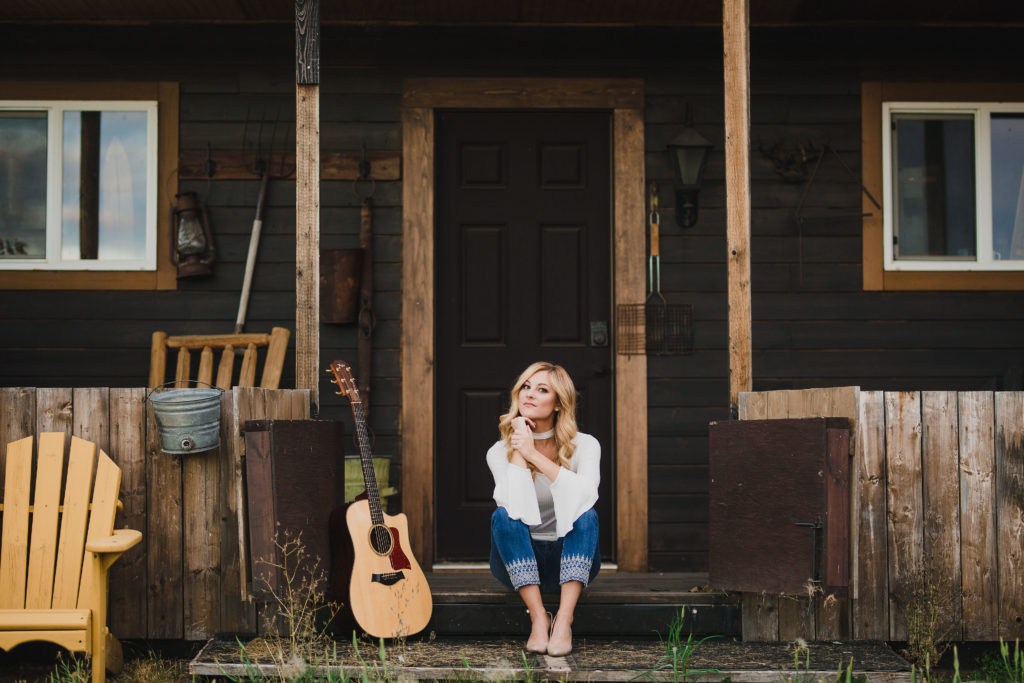 From the age of 7, country music recording artist Alex Hughes knew she was born to be a singer. Shaped by a unique upbringing in a large multicultural family, entertainment and music were always an integral part of her life. Her grandparents had a travelling show in India and brought their love of music and performing with them here to Canada for Alex to inherit. Alex spent her youth honing her craft, performing in province-wide talent searches and was chosen as a top 100 gold ticket holder in Canadian Idol. In 2005, the Calgary Stampede talent search awarded Alex the “Don Weldon Memorial Award” as Most Promising Performer. A long association as a performer with the Calgary Stampede has taken Alex to hundreds of stages and fun events throughout Alberta.

Alex also travelled to Nashville where she was a multiple award winner at the 2009 North American Country Music Association International Awards. In 2010 Alex received a sponsorship deal with The Alberta Dodge Dealers. Through this sponsorship, over 20,000 copies of her first EP, produced by Spencer Cheyne and Craig Newnes, were distributed through various promotions at rodeo’s and events across Alberta.

Alex spent her early 20’s in Los Angeles working alongside Grammy award winning producer, Walter Afanasieff. During her time in LA, she opened for Kenny G, performed at numerous charity events, Hollywood parties, and at the House of Blues on Sunset Boulevard. She has also had the honour of opening for artists like Gary Fjelgard, George Canyon, and Brett Kissel at events here in Alberta.

Alex is preparing for a busy 2018 full of live performances. You can find Alex performing around Calgary with her band, or acoustically on a weekly basis. She is currently devoting herself to writing and co-writing new music to launch later this year!