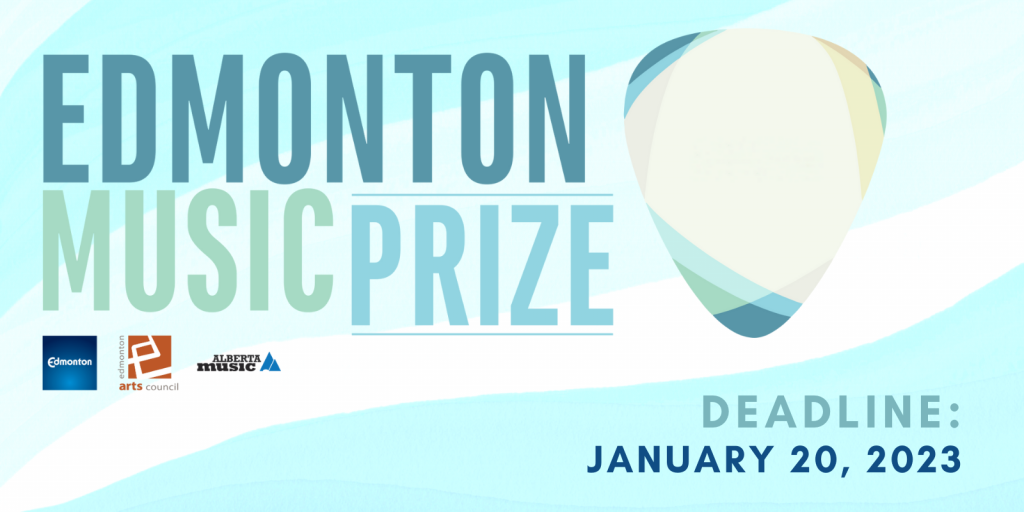 Launched in 2012, the Edmonton Film Prize was created by the Edmonton Arts Council and is administered by AMPIA. Cash prizes are awarded to celebrate excellence in Edmonton’s screen-based community. The 2022 finalists were Guy Lavallee (Family Ever After) and Heather Hatch (Wochiigii lo: End of the Peace). Taking first prize were Kyle Armstrong and Blake McWilliam for Hands That Bind.

Bill Evans, Executive Director of AMPIA says: “AMPIA has been administering the Edmonton Film Prize since 2015, alongside Alberta Music’ administration of the Edmonton Music Prize. 2022 was a good year for film production in Edmonton and I look forward to seeing the nominees’ work. More details about the winners’ ceremony will be coming in the New Year.”

Launched in 2013, the Edmonton Music Prize recognizes artists or ensembles that have released a music recording within the relevant 12 months (calendar year) prior to the deadline, and awards cash prizes to three finalists. The 2022 finalists were D’orjay The Singing Shaman, Saint Idiot, and first-prize winner, Emmet Michael.

“We are honoured to partner with Edmonton Arts Council and AMPIA to celebrate Edmonton’s vibrant arts community, and to recognize the musical achievements that have been made in the past year,” says Carly Klassen, Executive Director of Alberta Music.

“The Edmonton Arts Council is pleased to partner with Alberta Music and AMPIA to celebrate Edmonton’s talented artists, with the Edmonton Music Prize and the Edmonton Film Prize. Each year, the Edmonton Arts Prizes bring well-deserved recognition and support to artists in a number of disciplines, who are making important contributions to our vibrant local arts ecology and are building our city’s reputation as a hub of extraordinary creation.” – Sanjay Shahani, Executive Director, Edmonton Arts Council.

Questions? Take a look at our FAQ page or email us at info@albertamusic.org

Prizes will be awarded in the spring of 2023. Prize amounts are under review and will be at least equal to 2022 levels.

The Edmonton Arts Council is a not-for-profit organization that supports and promotes the arts community in Edmonton. On behalf of the City of Edmonton, the EAC, through its 10-year strategic plan, Connections & Exchanges, works toward transforming Edmonton’s cultural ecosystem.