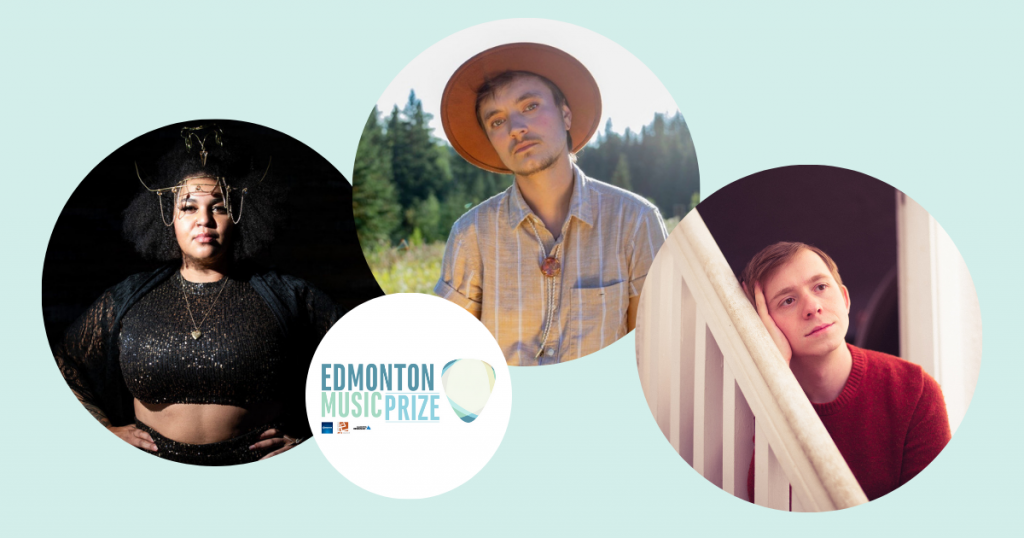 Alberta Music and the Alberta Media Production Industries Association (AMPIA), in collaboration with the Edmonton Arts Council, are pleased to announce the winners of the 2021 Edmonton Film Prize & Edmonton Music Prize.

The order of the Top 3 Edmonton Music and Film Prizes were announced virtually from Production World on Facebook on March 22nd. In the music category, introspective singer-songwriter Emmet Michael walked away with the top prize of $10,000, with blues, honky-tonk and rock-flavoured roots country artist D’orjay the Singing Shaman winning second place and Slovak-Canadian “art pop” musician and multimedia artist, Saint Idiot coming in third. Each runner-up was awarded $1,000. The Music Prize recognizes Edmonton-based musicians or musical collectives who have released a full-length recording in the past 18 months, and the top three were chosen by a jury of industry professionals from a Long List of ten artists.

“Congratulations to the winners of this year’s Music and Film prize, and to all the finalists whose work contributes to the diversity of artistic voices in Edmonton,” says Sanjay Shahani, Executive Director of the Edmonton Arts Council. “The work recognized today showcases the rich well of talent in Edmonton, and highlights the importance of investing in our artists who make the city an exciting place for creation and cultural expression.”

The Edmonton Arts Council is a not-for-profit organization that supports and promotes the arts community in Edmonton. On behalf of the City of Edmonton, the EAC, through it’s 10-year strategic plan, Connections & Exchanges, works toward transforming Edmonton’s cultural ecosystem.