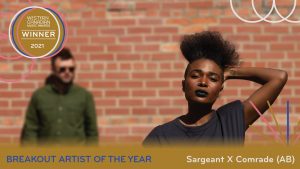 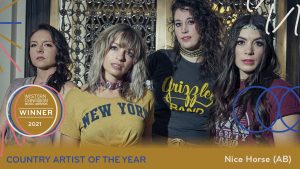 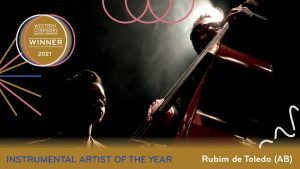 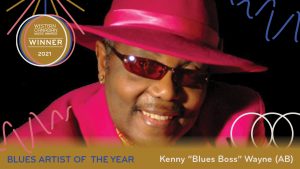 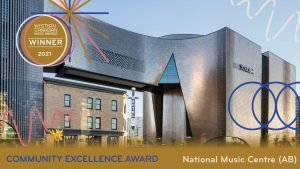 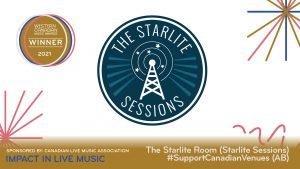 Congratulations to all 2021 WCMA Artistic and Industry winners! The awards were celebrated on Friday, October 15th, during a livestreamed broadcast, and with a special in-person watch party in BreakOut West 2022 host city, Winnipeg, MB, the WCMAwards honoured the outstanding artists and music industry professionals from across western Canada.

“It’s been so exciting to celebrate the accomplishments of artists and industry over the past year,” says Robyn Stewart, Executive Director, Western Canadian Music Alliance. We saw a significant increase this year in material submitted for artist nominations, which is such a wonderful sign of the resiliency of creators. Congratulations to all who released work this year, and to all industry who supported new music releases. I am excited for the future of western Canadian music and the strength we are building together, as we get safely back to live.”

A special pre-awards show program aired earlier in the afternoon, ahead of the full winner reveal, on CBC Radio One’s Up To Speed (89.3 FM and CBC Listen), where Pop Artist of the Year (Sponsored by CBC Manitoba) was awarded to Begonia, Grant Davidson (MB) was announced as the winner of the Songwriter of the Year Award (Sponsored by The Society of Composers, Authors and Music Publishers of Canada [SOCAN]), and Rock Artist of the Year (Sponsored by Torque Brewing) was presented to Mise en Scene (MB). The award presentations were also accompanied by live in studio performances from Grant and Mise en Scene. Following the broadcast, all of the award winners were revealed on BreakOut West’s Facebook Live, where viewers and watch party attendees were treated to a performance by 2021 double nominee, Slow Leaves (Roots Artist of the Year, Songwriter of the Year).