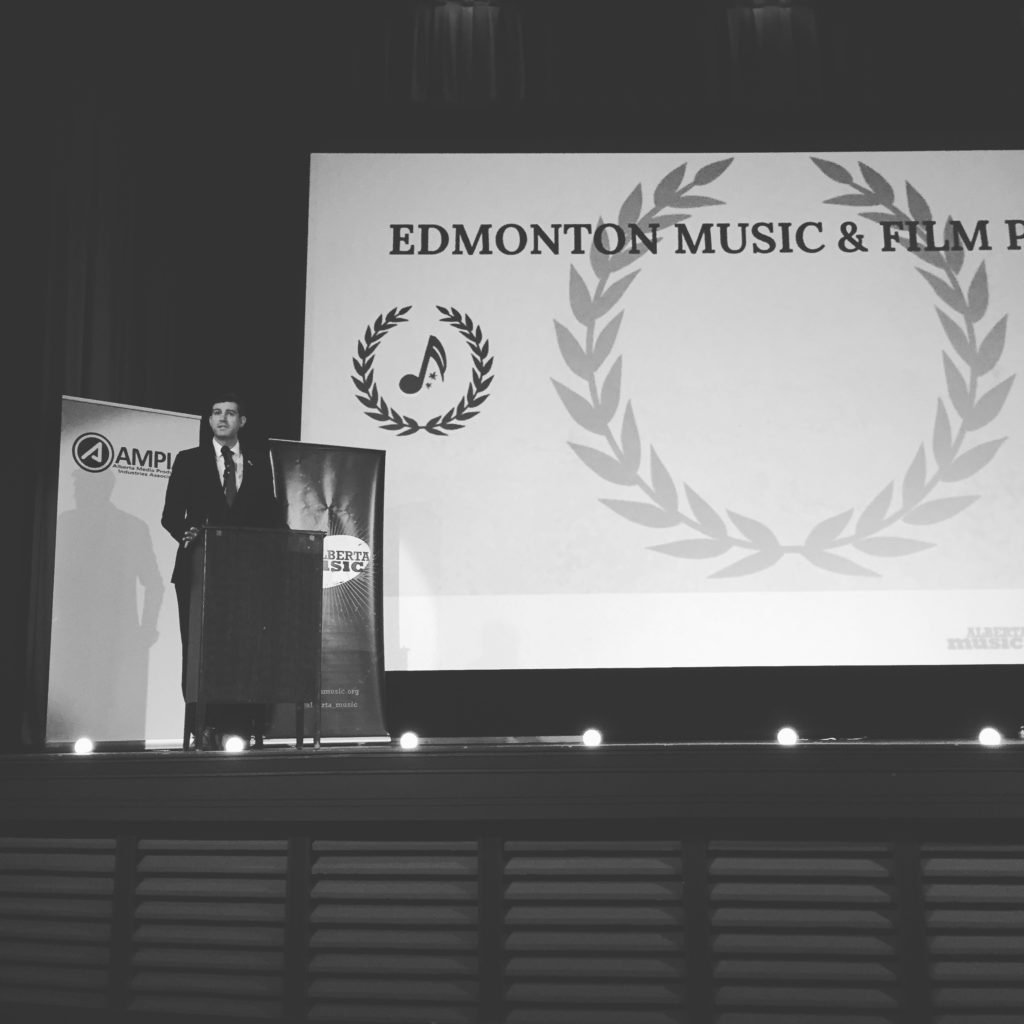 The winner of the Edmonton Music Prize 2017 was announced at a ceremony at the Metro Cinema on January 30, 2018. Congratulations to winner Dan Davidson, who took him a $10,000 prize! Runners-up Nuela Charles, and 100 mile house were awarded prizes of $1,000 each.

Mayor Don Iveson was in attendance to present the awards, as well as esteemed guest MLA David Shepherd, bringing greetings from the Province of Alberta. Alberta Music Chair Brent Oliver emceed the event, and Executive Director of the Edmonton Arts Council, Sanjay Shahani, also spoke at the ceremony.

Alberta Music assembled a jury of industry professionals, who reviewed the 28 nominations that were submitted and selected from among them a shortlist of 10 artists. In addition to the primary assessment of the musical component, the jury also considered how the artists had made a unique contribution or outstanding accomplishment in music, within the eligibility period.

The award is sponsored by the City of Edmonton through the Edmonton Arts Council and administered by Alberta Music. Nominations for the 2018 award will open in September, 2018.